Dutton drones up for review 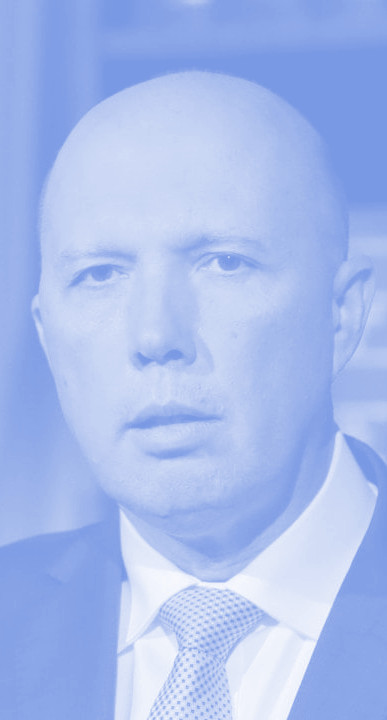 A drone deal approved by former defence minister Peter Dutton could be scrapped.

Mr  Dutton approved a billion-dollar purchase of reconnaissance drones also used by Russia and China. The deal was made with Schiebel - an Austrian company selected for the sole-source contract - that has been accused of supplying its unmanned aerial vehicles (UAVs) to Myanmar in an apparent breach of EU sanctions.

Australia already uses the S-100 Camcopter drone, and made the order for a Maritime Tactical Unmanned Air System to provide “intelligence, reconnaissance and targeting” on the  Navy's Arafura-class offshore patrol boats and Anzac-class frigates.

The Austrian helicopter drones were hand-picked by the Morrison government days before the caretaker period for this year's election, after it scrapped a competitive evaluation process that included rival American and British bids.

“This process has a long way to run, and subsequent decisions by the government will be carefully considered,” his spokesperson said.

“The Defence Strategic Review will examine force structure, posture and preparedness and investment priorities, to ensure Defence has the right capabilities to meet Australia's strategic needs.”

Schiebel Corporation has been accused of exporting parts and training models for S-100 Camcopter drones to Myanmar's military Junta via Russia, which would be a breach of EU sanctions against the Asian nation. Schiebel has strenuously denied supplying UAV equipment to Myanmar's military.

“The Myanmar junta is a brutal regime that subjects the Myanmar people to abject repression, violence and in some cases torture — and is holding an Australian in jail for political reasons,” she said.

“These UAVs or drones are used for surveillance and reconnaissance. It's likely they are being used against civilians to monitor their activities and to support military crackdowns on democratic activism.

“While Schiebel has justified its interactions with Myanmar, and I believe since cut ties with the Russian partner involved, this whole murky deal proves one thing — that open tenders should be the norm for defence purchases. To stick with the contract without transparency, sits uncomfortably.”