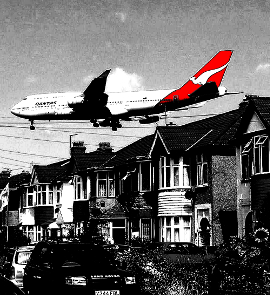 Independent Senator Nick Xenophon bought $500 in Qantas shares in order to take the board to task at the recent Qantas AGM.

The Senator said he paid his way into the meeting in order to quiz the board on “questions that mum and dad shareholders have asked me to ask”.

Xenophon asked Qantas chair Leigh Clifford and CEO Alan Joyce whether the low-cost airline group had “actually extracted one dollar of tangible, trade-related profit from any of the Asian investments in the last decade”.

Joyce replied, saying the Singapore-based Jetstar Asia “made money four out of the last 10 years.”

“Last year it lost money because its local competitor added a huge amount of capacity and pushed the market into losses,” Joyce said.

“There is now rationalisation of capacity and we see a path through for that business to go back into profits like it was in the previous four years before that capacity was added and I am comfortable it will get there.”

Joyce and the Jetstar Group itself have previously claimed Jetstar delivered $1 billion in profits to Qantas, but

“Under current Australian accounting laws you can be as clear as mud when it comes to transference of costs within divisions of an airline,” Xenophon told reporters outside the AGM.

“I suggest that Jetstar Asia has been the big black hole for Qantas.”

Senator Xenophon also wondered how Air New Zealand could post record profits while Qantas slumped to a $2.8 billion loss in the same year.

The South Australian senator was not the only one taking the Qantas board to task.

Col Rayner, reportedly a member of the Transport Workers Union, said morale among colleagues with Qantas at Sydney Airport was “at an all-time low”.

Qantas 737 captain Greg Harper said that while the airline claimed to have record customer satisfaction levels, the number to not cover Qantas international passengers in Perth and Adelaide them “high and dry”.

“To say our customers, who we have surveyed, say we are doing well, they are the customers we have left,” Harper said.