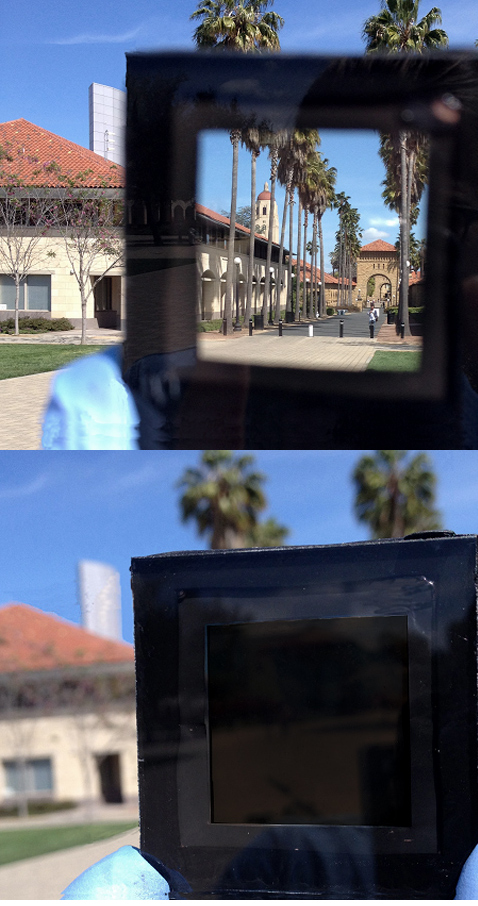 Stanford University engineers are working on dynamic windows that can switch from transparent to opaque or back again in under a minute.

Dynamic windows could massively cut heating and cooling costs, but most materials used so far (such as in aircraft windows) have been expensive, have a blue tint, can take over 20 minutes to dim, and become less opaque over time.

“We did not tweak what was out there, we came up with a completely different solution,” says Stanford engineer Michael McGehee.

“We've had a lot of moments where we've thought; ‘How is it even possible that we've made something that works so well, so quickly’, and we're now running the technology by glass and other kinds of companies.”

McGehee and his group's prototype blocks light through the movement of copper and another metal in a solution over a sheet of transparent indium tin oxide modified by platinum nanoparticles.

When transparent, the windows are clear and allow about 80 per cent of surrounding natural light through, and when dark, transmission drops to under 5 per cent.

The researchers switched the windows on and off at least 5,500 times and saw no change in the transmission of light, indicating that the design is durable.

But there is still work to do before scaling up.

“We're excited because dynamic window technology has the potential to optimise the lighting in rooms or vehicles, save about 20 per cent in heating and cooling costs, and even change the way people wear sunglasses,” McGehee says.

“This is an important area that is barely being investigated at universities, and there's a lot of opportunity to keep us motivated.”

Their latest study has been published here.