Engineers are testing a system that could see excess renewable energy converted into hydrogen fuel and inject into SA’s gas network.

A $5 million grant from the Federal Government's Australian Renewable Energy Agency (ARENA) is being put towards a new type of electrolyser that uses electricity to split water molecules into hydrogen and oxygen.

“It turns out you can inject hydrogen into the gas main up to at least 10 per cent of the total gas in there, perhaps quite a bit higher without any modification,” ARENA chief executive Ivor Frischknecht said.

The hydrogen and natural gas molecules would be burnt together in gas power plants, homes and businesses.

One of the major advantages of hydrogen fuel is that it produces no carbon dioxide — only water vapour.

“In the future we're going to have a lot of excess renewable energy on very windy days, on very sunny days, and we're looking for useful things to do with that energy,” Mr Frischknecht said.

“You can easily store the hydrogen for days, weeks or even months and then run it through a gas peaking plant or use it to supply other types of services like heating hot water.

“A battery is really only good for seconds to hours of storage at very most, and pumped hydro you might be looking at hours through to days.”

Mr Frischknecht said the technology is currently being tested in Germany.

“It's certainly not a new idea. The challenge is that it's expensive. But we're looking to a future where renewable energy at certain times of the day is going to be free or almost free,” he said.

The pilot plant at AGN's Kidman Park facility will be designed by NSW company AquaHydrex.

“This renewable hydrogen also opens up the possibility to exporting renewable energy, which Australia — with its vast renewable resources — is well positioned to exploit,” AquaHydrex managing director Paul Barrett said.

“This provides what is for all intents and purposes a 'bottomless battery' that is already in place and capable of storing and transporting vast amounts of time-shifted renewable energy,” he said.

“Years from now, if this takes off and it makes sense to put lots of hydrogen into the gas network, then we will have to change how the network operates,” he said.

“The main change is changing the burners, but at some point you also have to upgrade the gas lines.” 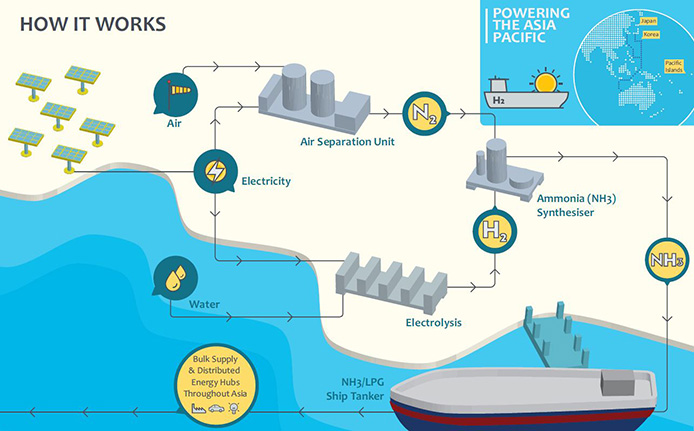