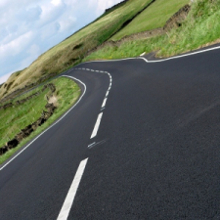 The Federal Government has announced just under $1 billion in funds for road projects it says were left in planning purgatory by Labor.

The Deputy Prime Minister, Minister for Infrastructure and Regional Development and Assistant Minister said that vital roads in Queensland, New South Wales, South Australia and West Australia will be patched up.

The Ministers have placed blame for the fact the roads have not been fixed on the previous government and the Minerals Resources Rent Tax.

Queensland will get upgrades to road infrastructure in the north, including the road between Mapoon and Weipa, the connection between Aurukun and the Peninsula Development Road and the Jardine River Bridge. Upgrades to the Seisia Wharf and improvements to the raw water pipeline from Bamaga to Seisia are also included in the package.

Western Australia’s Great Northern Highway (Muchea to Wubin project) and the North West Coastal Highway (Minilya to Barradale) projects are back on the table.

Finally, funding for the Anangu Pitjantjatjara Yankunytatjara (APY) Lands project in South Australia has been confirmed as well.

“Despite the former Regional Investment Fund being bankrupt due to Labor's dud mining tax, the Coalition will now pick up the pieces and work with the state government to deliver these important projects,” Mr Truss said

“Today's announcement is another clear example of the Coalition's commitment to infrastructure and the priority we place on it as part of our plan to drive strong economic benefits for our major cities and regional areas.”