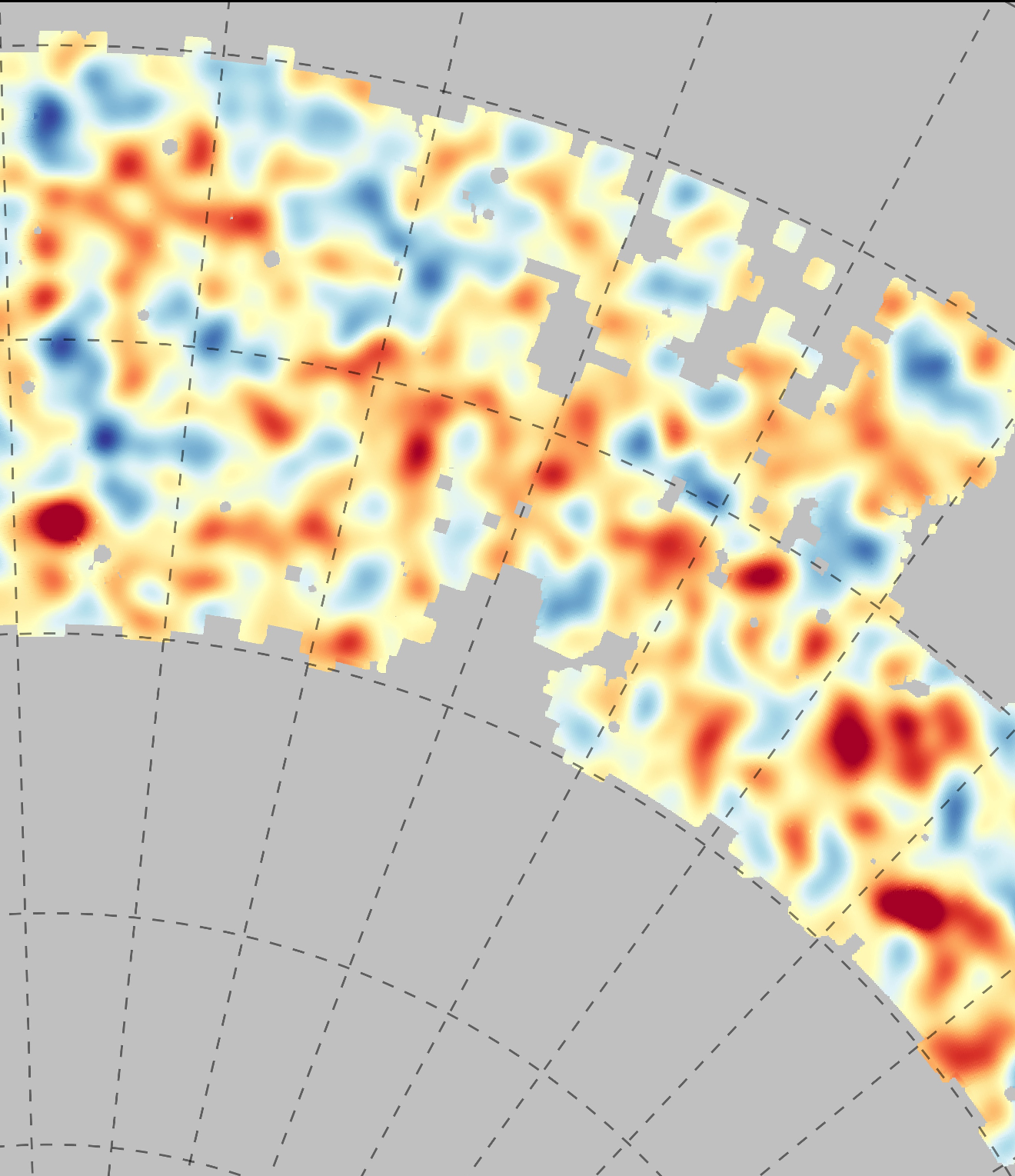 Australian researchers have helped create the most accurate measurement ever made of dark matter in the universe.

UQ School of Mathematics and Physics Cosmologist Professor Tamara Davis says the Dark Energy Survey - which involved more than 400 scientists from 26 institution - showed a stunning map of the distribution of dark matter.

“The survey supports the view that dark matter and dark energy make up most of the cosmos,” she said.

“We have been working with the international team for the past five years, so it is thrilling to see that work come to fruition with these first major results.

“This is the largest guide to spotting dark matter in the cosmos ever drawn, it goes to show what you can achieve when researchers come together to work on fundamental problems.”

UQ PhD student Samuel Hinton, who wrote scientific software used in the analysis, said that until now the most precise cosmological measurements were those inferred from observations of the early universe as it was almost 14 billion years ago.

The Dark Energy Survey represents the first time scientists have achieved similar precision on the amount and “clumpiness” of dark matter in the present-day.

“For the first time, we’re able to see the current structure of the universe with the same clarity that we can see its infancy, and we can follow the threads from one to the other, confirming many predictions along the way,” he said.

The results support the theory that 26 per cent of the universe consists of mysterious dark matter, and that space is filled with an also-unseen dark energy.

To measure the dark matter, the survey team first created maps of galaxy positions and traces.

They then precisely measured the shapes of 26 million galaxies, using a technique called gravitational lensing.

To make the ultra-precise measurements, the team developed new ways to detect tiny lensing distortions of galaxy images –  an effect not visible to the eye – enabling revolutionary advances in understanding cosmic signals.

The new dark matter map is 10 times the size of a map released in 2015 and will eventually be three times larger than it is now.

The primary instrument for the Dark Energy Survey is the a 570-megapixel Dark Energy Camera, one of the most powerful in existence, able to capture digital images of light from galaxies eight billion light years from Earth.

Scientists on the Dark Energy Survey are using the camera to map an eighth of the sky in unprecedented detail over five years. The fifth year of observation will begin in this month.

The new results draw only from data collected during the survey’s first year, which covers one 30th of the sky.

Results from the first year of the Dark Energy Survey can be found here. 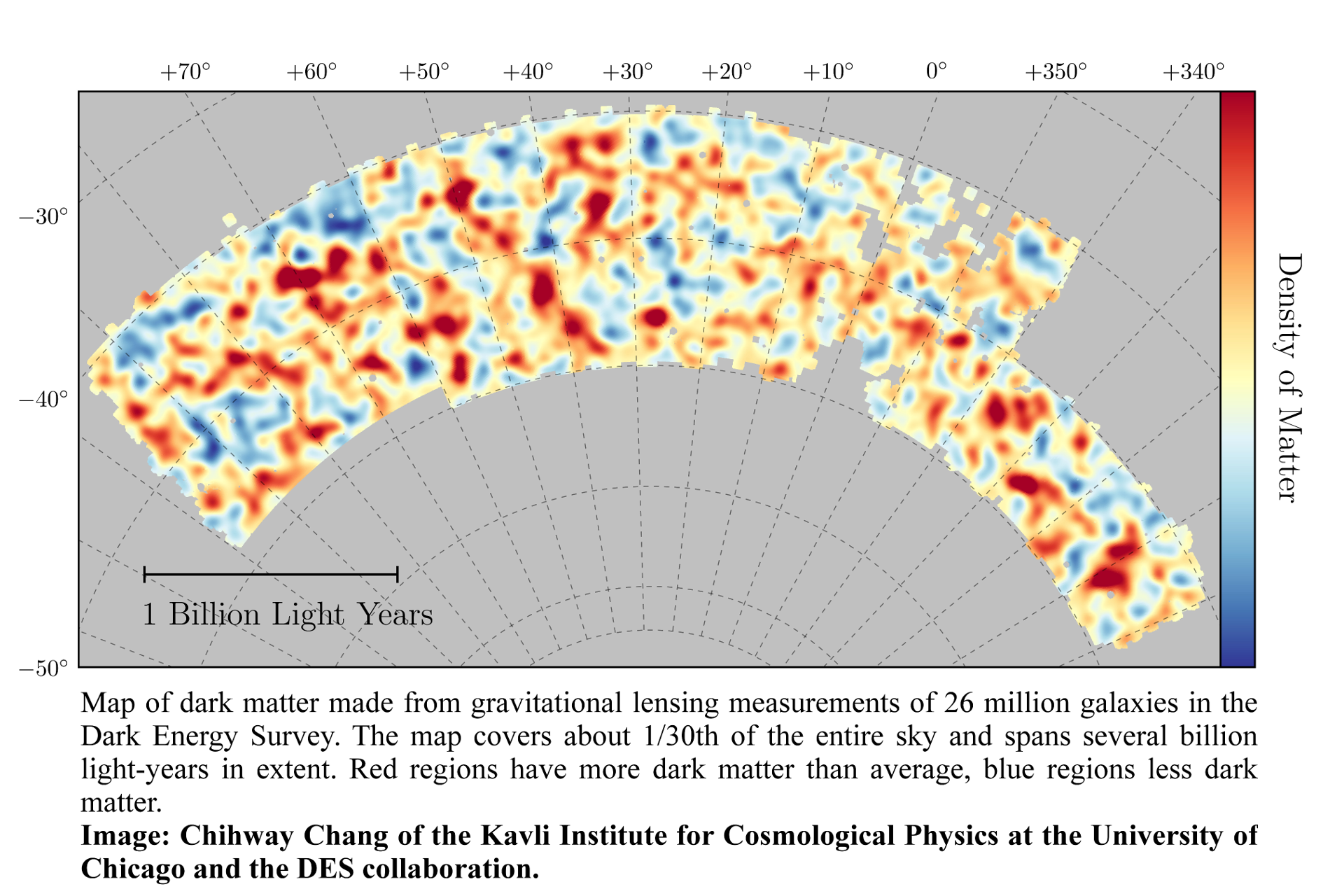