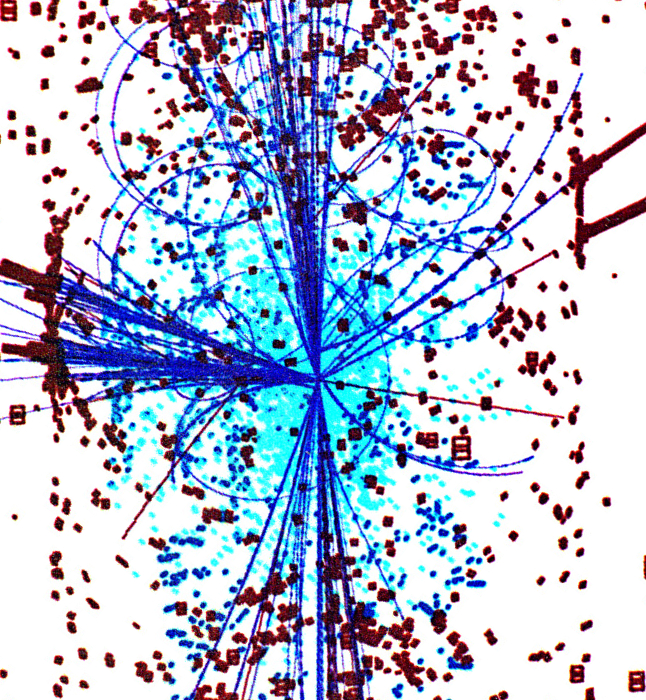 After three years of silence, the Large Hadron Collider is smashing atoms with more power than ever.

Experiments at the powerful particle collider have restarted at CERN, Europe’s particle-physics laboratory, after significant upgrades.

It is ten years since the Large Hadron Collider (LHC) at CERN was used to confirm the existence of the Higgs boson.

The proton beams of the Large Hadron Collider (LHC) can now circulate at higher intensities and record energies, allowing physicists to learn more about the Universe at the smallest scales.

The LHC is colliding proton beams at a world-record-breaking energy of 13.6 tera electron volts (TeV).

This week’s declaration of “stable beams” marks the end of the LHC’s re-commissioning period, and will soon hit its full Run-3 operating intensity.

The stronger beams mean scientists can gather more data and apply new analysis techniques to look for physics outside the standard model, as well as going back over existing anomalous results from previous collisions.

The LHC will run around the clock for nearly 4 years, with only some technical stops during the winter months, delivering an unprecedented wealth of proton and heavy-ion collisions.

More-compact proton beams will allow the LHC to maintain a peak rate of collisions for longer, enabling experiments to collect more data in this run than in the previous two combined.

A collision energy of 13.6 trillion electron volts (TeV), up from 13 TeV in the previous run, raises the probability of creating heavier and unknown particles.

“The new run promises to more than triple the currently accumulated dataset at a new energy frontier. We have prepared a broad scientific programme, taking advantage of new upgrades to our experiment,” says Dr Andreas Hoecker, spokesperson for the ATLAS experiment running on the LHC.

The return of LHC beams comes after more than three years of upgrade and maintenance work, with new detector systems and electronic infrastructure installed in the cutting-edge lab 100 metres underground.

“Run 3 will see our sensitivity to new physics processes increase, as we explore new types of collision events that were previously out of reach,” says researcher Dr Pamela Ferrari.

“During the shutdown, we paid particular attention to improving our online event filtering system (or ‘trigger’).

“By refining our selection upstream with new detector systems, we should be able to identify some of the most difficult-to-spot signatures which could be left by new particles.”

Among the event signatures that would benefit from the new triggers is dark matter production.

“The search for dark matter is a very important part of our physics research programme,” says Dr Hoecker.

“We know from numerous observations of gravitational effects that dark matter exists in the universe. If it is made of particles, as most physicists expect, these may interact with protons or the Higgs boson and be produced in LHC collisions.”

Dark matter is invisible and can only be spotted when produced with other, visible particles. The dark matter then appears as localised missing energy in a collision event, which physicists can measure.

While it was discovered in Run 1 essentially through its interactions with force-carrier bosons, the larger and higher-energy Run-2 data sample allowed ATLAS to measure Higgs-boson interactions to matter particles (fermions) of the heaviest, third generation, and to observe all of its major production modes.

In Run 3, these measurements will be further improved and the Higgs boson interactions with second-generation particles, such as muons, and its interaction with itself will become a focus.

The official launch video is accessible below.