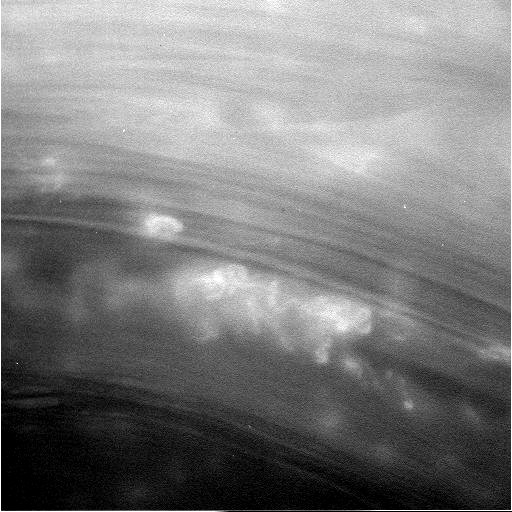 NASA's Cassini spacecraft has dipped in between Saturn and its innermost rings to gather the most detailed data ever obtained.

Cassini was turned around so that its giant antenna dish could function as a shield as it hurtled down through the gap. This cut off communications while the manoeuvre was made, so the scientists behind it had no idea what was going on until the probe emerged around 24 hours later.

As it dove through the gap, Cassini came within 3,000 kilometres of Saturn's cloud tops (where the air pressure is 1 bar - comparable to the atmospheric pressure of Earth at sea level) and within about 300 kilometres of the innermost visible edge of the rings.

While mission managers were confident Cassini would pass through the gap successfully, they took extra precautions with this first dive, as the region had never been explored.

“No spacecraft has ever been this close to Saturn before. We could only rely on predictions, based on our experience with Saturn's other rings, of what we thought this gap between the rings and Saturn would be like,” said Cassini Project Manager Earl Maize of NASA's Jet Propulsion Laboratory.

“I am delighted to report that Cassini shot through the gap just as we planned and has come out the other side in excellent shape.”

The spacecraft zipped through the gap at speeds of about 124,000 km/h relative to the planet, so small particles hitting a sensitive area could potentially have disabled the spacecraft.

Cassini is now in the “Grand Finale” phase of its mission after being launched over 20 years ago.

During this final chapter, Cassini loops Saturn approximately once per week, and will make a total of 22 dives between the rings and the planet.

The spacecraft is on a trajectory that will eventually plunge into Saturn's atmosphere - and end Cassini's mission - on September 15, 2017.

Cassini Mission: Cassini's First Dive Between Saturn and Its Rings (video file) from JPLraw on Vimeo.