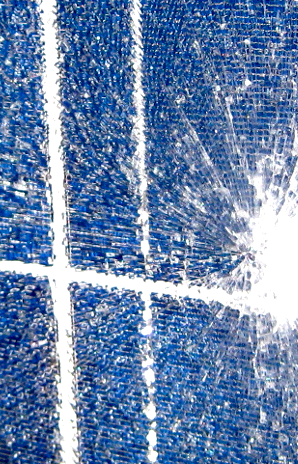 The Federal Government is investing in ways to improve end-of-life issues for solar panels.

The solar PV sector in Australia does not currently have a sustainable solution for managing used solar panels at the end of their life.

Over $15 million is being provided through the Australian Renewable Energy Agency (ARENA) to support research teams at six Australian universities to try to change that.

Energy minister Angus Taylor says that with around 12 gigawatts of small-scale solar PV systems and over 5.7 gigawatts of large-scale solar now installed in Australia, developing end-of-life options for solar PV panels is a priority to minimise future waste problems.

“Australia is a world leader in the renewable sector, with around one in four Australian households having installed solar panels.

“Managing used solar panels at the end of their life is an emerging issue and why the Government is backing Australian researchers to find ways to improve the efficiency and cost-effectiveness of solar PV technologies while also reducing waste.”

A significant amount of photovoltaic system equipment will reach its end-of-life in coming years, making it likely to be one of Australia’s largest electronic waste streams.

The research aims to address this emerging issue by focussing on reducing the cost of sustainably managing panels at the end of their life, either through better upfront design, increasing the value of recovered materials, or by repurposing recycled components.

The funding is expected to help create more than 50 full-time equivalent jobs across 16 research and development (R&D) projects over the next two years.