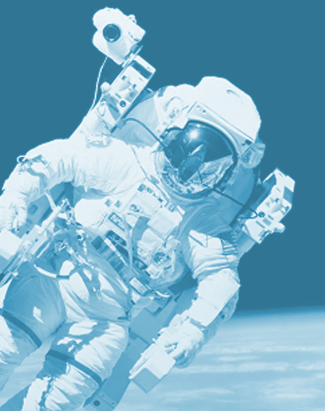 Australian archaeologists are investigating life in the ‘micro society’ of the International Space Station (ISS).

A team from Flinders University has set out to reconstruct life on the ISS over the past two decades, to better understand space culture and get an inside look at how astronauts interact with their tools and colleagues when orbiting the Earth.

The ability to understand the ‘micro society’ of crews onboard the ISS will offer a window into how life in space functions, as humans consider interplanetary exploration.

Because the researchers will not be able to travel to the space station themselves, they will rely on millions of photographs taken onboard over nearly two decades, to document developments and changes within the station's lifestyle and cultural makeup.

“Fortunately for us, the first occupation of the ISS coincided with the emergence of digital photography,” says Flinders University’s Associate Professor Alice Gorman, an internationally recognised space archaeologist.

“The images include metadata recording the time and date, which become an excavation, linking the contents of images to moments in time.

“Given that the crew takes approximately 400 photographs per day, images depicting the station interior now number in the millions.

“We’ll eventually use crowdsourcing to help tag and catalogue that huge cache of photos, with the project likely to take several years.”

There will be some physical evidence for them to comb through too, with archaeological surveys of the ISS interior planned to document aspects of life that cannot be derived from image analysis alone.

“One potential survey is surface sampling for the build-up of dust, hair, skin cells, oil, dirt, food, broken fragments of equipment and other materials,” says Associate Professor Justin Walsh of Chapman University in California, a co-investigator on the project.

“An aerosol sampling experiment, which collects air and particulates on the station, provides valuable baseline data.

“Other techniques include audio recording to identify levels of ambient sound and documentation of specific public spaces, such as eating areas, and, if possible, private spaces such as crew berths.

“Understanding how individuals and groups use material culture in space stations, from discrete objects to contextual relationships, promises to reveal intersections of identity, nationality and community.”

The investigation will also cover ISS cargo return (‘de-integration’) activity and analysis of the values and meanings associated with returned items.