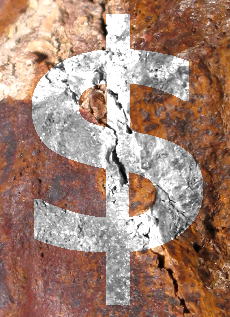 Wesfarmers wants to use money from the spin-off of Coles, the sale of its coal assets and Kmart Tyre and Auto, to buy rare earths miner Lynas.

Wesfarmers has made a cash offer of $2.25 per share - nearly 45 per cent more than Lynas' closing price on Monday - in a total acquisition bid worth $1.5 billion.

Lynas mines rare earth minerals at Mt Weld in WA, and is largest supplier of these materials outside China. The chemical plant in Malaysia where its processes the materials has had its operating licence put at risk over environmental restrictions.

“An investment in Lynas leverages our unique assets and capabilities, including in chemical processing, and will deliver Lynas' shareholders with an attractive premium and certain cash return,” said Wesfarmers managing director Rob Scott.

“We also acknowledge the importance of the Lynas Advanced Materials Plant in Malaysia and the strong contribution made by Lynas' management team and its employees across all operations.

“We expect Lynas' employees to continue to play an important role in taking the company forward.”

It marks the first major bid made by Wesfarmers since offloading assets to add more than $3 billion to its half-year profit.

But Lynas' Malaysian licence for the chemical processing plant is up for renewal in September, and new conditions appears to present a regulatory hurdle.

Malaysia’s Atomic Energy Licensing Board wants Lynas to export stockpiles of waste from the plant, but the company said it was unable to do so in the agency’s mandated timeframe.

“Lynas Malaysia continues to engage in discussions with the Malaysian government seeking to agree a basis upon which Lynas will achieve a renewal of its operating licence,” it said.

The Malaysian plant has been blamed for leaving dangerous radioactive residue in the environment.