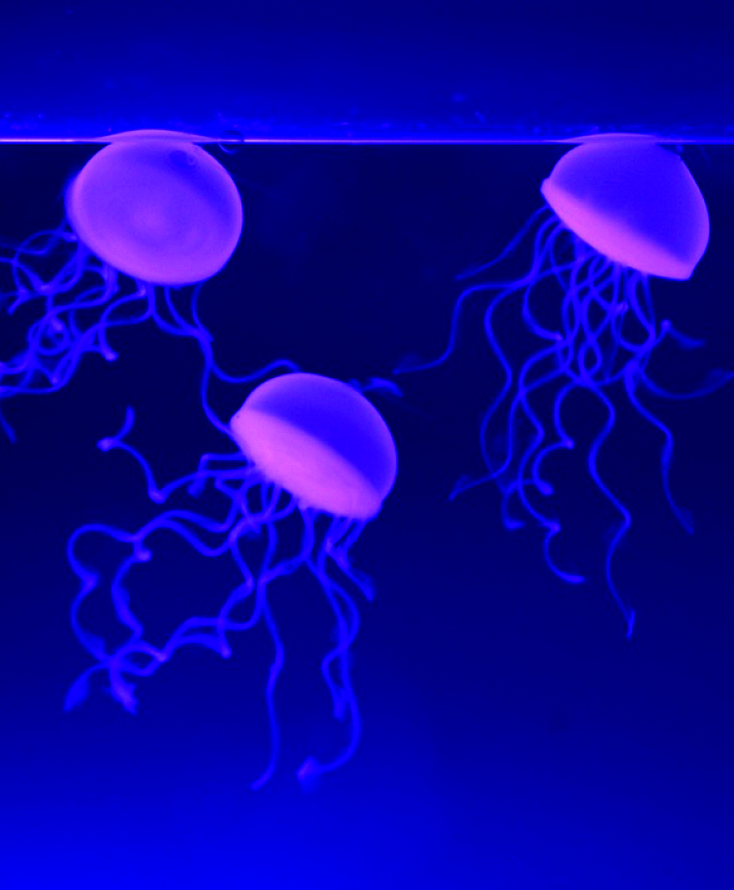 A dozen or more squishy structures on its body pump water backwards to push the animal forward. It can control these jets individually, either syncing them up or pulsing them in sequence.

These two different swimming styles let the animal prioritise speed or energy efficiency, depending on its current needs, a team of University of Oregon researchers found.

They say the discovery could inform underwater vehicle design, helping scientists to build more robust vehicles  that can perform well under a variety of conditions.

“Most animals can either move quickly or in a way that’s energetically efficient, but not both,” says marine biologist Dr Kelly Sutherland.

“Having many, distributed propulsion units allows Nanomia to be both fast and efficient. And, remarkably, they do this without having a centralised nervous system to control the different behaviours.”

Each Nanomia is technically a colony of individuals. For instance, each of Nanomia’s jets is produced by an individual unit called a nectophore.

The nectophores are clustered on a stalk-like structure at the front of the animal. Meanwhile, wispy tentacles trail behind, carrying structures specialised for feeding, reproduction, and protection.

While many marine creatures move via jet propulsion, squid and jellyfish included, most just have one jet. Nanomia often has ten to twenty - but the exact number varies colony-to-colony.

“It gives a framework for developing a robot that has a range of capabilities,” says researcher Kevin Du Clos.

“For instance, an underwater vehicle could have multiple propulsors, and simple changes in propulsion timing could allow that one vehicle to move either quickly or efficiently as the need arises.”

In future work, the researchers plan to dive more into Nanomia’s features, next focusing on better understanding how the arrangement of the animal’s tentacles affects its feeding.