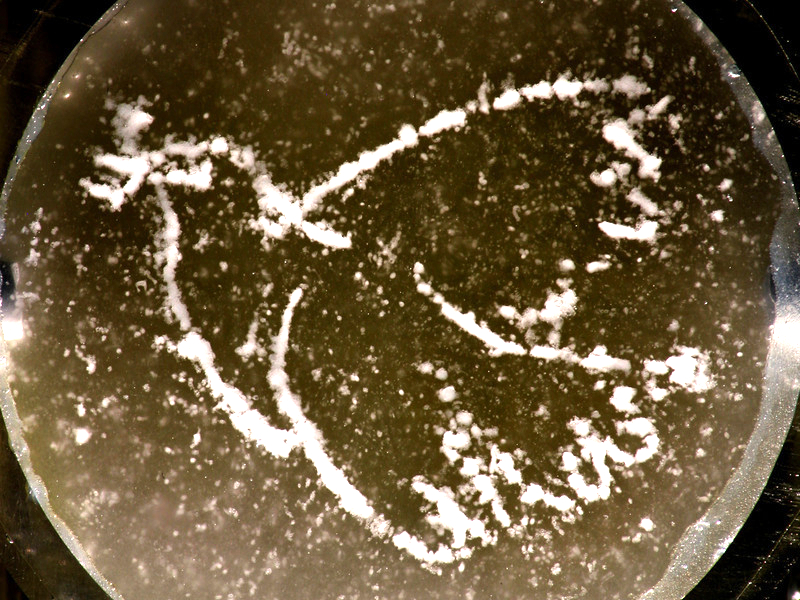 German researchers have developed a way of using ultrasound to move solid objects without physically touching them.

The researchers used a plastic plate placed in front of an ultrasound speaker to move microparticles suspended into the shape of a dove.

They say the plastic plates vastly improve the quality and complexity of the sound fields that the ultrasound creates.

Sound, and ultrasound in particular, can be used to manipulate objects in liquid and air without physically contacting the objects.

However, current approaches typically require arrays of speaker-like devices called transducers (which convert electrical signal into sound) that need to be carefully connected and controlled to shape the desired sound field in 3D, and are limited in the size and complexity of the field they can produce.

Peer Fischer and colleagues at the cutting-edge Max Planck Society used their plastic plate placed in front of a single transducer, to alter sound waves to create the desired sound field.

They demonstrated the system in the latest study by forcing microparticles suspended in water to converge into the image of a dove.

They also show the system can be used to move objects along a specific path in liquid, and to suspend drops of liquid in air.

The authors suggest that their ‘acoustic holograms’ enable the rapid fabrication of complex sound fields that are appropriate for super-resolution imaging, selective heating, and personalized medicine.