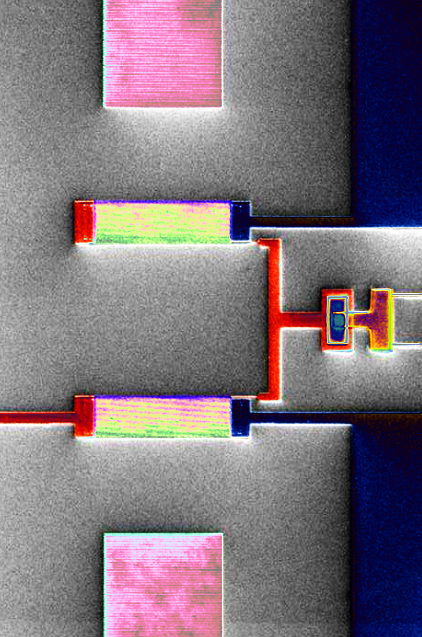 Researchers in the US have gained control of the elusive “particle” of sound, the phonon.

For the first time, phonons have been trapped and observed without being destroyed.

Phonons are the smallest units of the vibrational energy that make up sound waves. They are not strictly matter, but they are considered particles in the same way photons are particles of light.

In prototype quantum computers, light particles are harnessed to achieve a new kind of processing power.

The researchers behind the latest studies in phonons want to try using them instead of photons as the processor of a quantum computer.

A phonon-based system would have advantages, but it would require manipulating phonons on very fine scales.

There have been some attempts to convert phonons to electricity in quantum circuits called superconducting qubits. These circuits wait for very specific amounts of energy, so if a phonon’s energy matches, the circuit absorbs it.

This method destroys the phonon but give an energy reading of its presence.

In the latest study, scientists were able to tune the energy units of a superconducting qubit so phonons would not be destroyed.

Instead, they used a special material that creates an electric field in response to vibrations, so that the phonons sped up the current in the circuit.

This allowed the experimenters to detect how much change in current each phonon caused.

“There’s been a lot of recent and impressive successes using superconducting qubits to control the quantum states of light. And we were curious—what can you do with sound that you can’t with light?” says Lucas Sletten of UC Boulder, lead author of the study.

Sound travels much slower than light, and this aspect is advantageous when trying to coordinate the circuit-phonon interactions that speed up the current.

Phonons of particular wavelengths (called modes) were trapped between two acoustic “mirrors,” which reflect sound, just a hair’s width apart. A similar control of light would require mirrors separated by about 12 metres.

The “slowness” of sound also makes it easier to identify phonons of more than one mode.

The researchers say having just one qubit process information with multiple modes could achieve the same result as adding more qubits.

The full paper is accessible here.