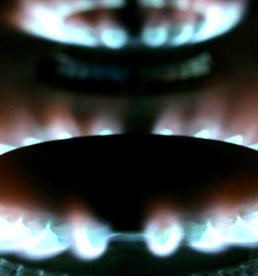 Woodside says it is moving ahead with its $16.5 billion Scarborough project off Western Australia.

It has given itself the go-ahead on the Scarborough development and the associated upgrade of its Pluto liquefied natural gas facility near Karratha, 1,600km north of Perth.

Ms O'Neill argues that gas is vital for the transition away from an energy system underpinned by fossil fuels.

“The Scarborough reservoir contains only around 0.1 per cent carbon dioxide, and Scarborough gas, processed through the efficient and expanded Pluto LNG facility, supports the decarbonisation goals of our customers in Asia,” she said.

“Developing Scarborough delivers value for Woodside shareholders and significant, long-term benefits, locally and nationally, including thousands of jobs, taxation revenue and the supply of gas to export and domestic markets for decades to come.”

Still, total carbon emissions for the project are forecast to be 880 million tonnes.

Graeme Bethune, the chief executive of analyst firm EnergyQuest, says Scarborough may be the last project of its kind in Australia.

Dozens gathered to protest the project over the weekend.