Raw deal shows the flowing the costs of closure 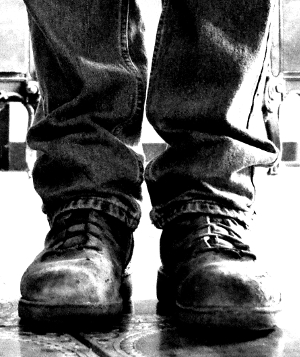 When big companies fail, it is often subcontractors such as logistics operators that feel the pain, but their plight has now been brought to the attention of the Federal Parliament.

About 30 subcontractors are owed millions from a project at HMAS Albatross, and have been protesting to make their voices known.

A number of trucking companies and suppliers based near Shoalhaven in New South Wales have staged peaceful protests over the money they are owed money, after Canberra-based civil engineering company Hewatt’s Earthmoving was placed into administration.

Hewatt’s Earthmoving had been undertaking earthworks for Lend Lease, lead contractor for the $138 million maintenance and training facilities slated for the navy’s new Seahawk helicopters at HMAS Albatross.

The firm appears to have run into mysterious financial problems during its work on a road upgrade near Canberra airport, and has now been placed into administration.

Subcontractors’ spokesperson Mark Nelson from Coordinated Logistics has told local newspaper The South Coast Register that the trucking firms have the potential to close down the HMAS Albatross work site, unless they receive payments owing between $3 and $5 million.

“Something has to be done. Local subcontractors can’t carry this kind of debt.”

Gilmore MP Ann Sudmalis has brought the issue before the Federal Parliament, using it as a platform to call for changes that would protect subcontractors.

“We cheer when projects are announced, particularly when government-initiated, creating jobs, income and growth,” she said.

“Last week we had the devastating repeat of a mid-level company going well beyond the 45 days from end-of-month payment, meaning the roll down of payment did not reach local subbies.

“The debts are unpaid.

“Instead there is an announcement: the company is under administration and ‘sorry for any inconvenience’.

“Why don't we hear more about this appalling practice?

“Often there is an inference or a ‘read between the lines’, that if the subbie speaks up they will not get work again.

“This is immoral — it is economic blackmail,” Ms Sudmalis said.

Reports in the Sydney Morning Herald suggest bosses at Hewatt’s were talking about their dire financial situation and the likelihood of insolvency as early as April 1, despite not making the announcement until May 9.