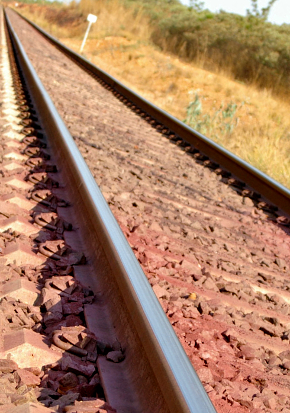 The Queensland Government will build two rail corridors in the Galilee Basin, which it has declared a ‘State Development Area’.

The new rail lines are intended to open up the remote Galilee Basin with a direct path to the nearest export point.

But locals not linked to the mining industry say the determination that the region is a ‘State Development Area’ (SDA) will not help them.

They say it is unnecessary and a cause for concern, as the government has given itself buying powers beyond what some landholders believe are necessary.

Deputy Premier and Minister for State Development, Infrastructure and Planning Jeff Seeney has told State Parliament that the two corridors represent a balance between mining and other landholders’ interests.

“These two corridors reflect the projects that are best placed in their approval processes. They have pit-to-port capability and they continue to progress in a manner which suggests they are serious about moving forward,” he said.

John Burnett, spokesperson for landholders' group Corridor to Coast (C2C), says a proposal to give the Queensland Government sweeping buying powers over 1.8 million hectares from Alpha to Bowen has spooked landholders.

“Landholders representing more than 62 properties within the SDA are calling for Minister Seeney to withdraw the SDA because it removes our rights and will destroy our businesses,” he told central Queensland newspaper The Morning Bulletin.

“Rushing through an SDA that impacts such a large area is poor policy and bad planning. By giving itself such broad powers, the State Government is leaving landholders in the dark about the future,” he said.

“The SDA looks after the interests of mining companies while trampling on the rights of landholders, farmers and communities in central Queensland.