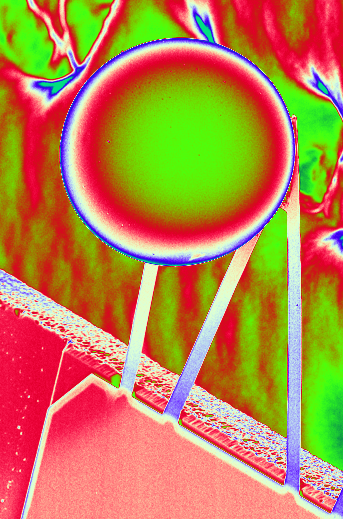 Australian engineers have trapped polaritons in an engineered quantum box.

In a recent project, researchers engineered a quantum box for polaritons in a 2D material, achieving large polariton densities and a partially ‘coherent’ quantum state.

Insights from the novel technique could allow researchers to access striking ‘collective’ quantum phenomena in this material family, and enable ultra-energy efficient and high-performance future technologies.

The key to the construction of the quantum box was the use of a ‘small’ 2D material (tungsten disulphate) on top of a ‘large’ heterostructure containing the same material.

This allowed the researchers to carefully investigate and compare the properties of the polaritons trapped in the box and of freely moving polaritons.

“We have been able to demonstrate that polaritons which form anywhere outside the quantum box can travel for many micrometres and be trapped and accumulate inside the box,” explains lead researcher Dr Matthias Wurdack (Australian National University).

An ‘Exciton’ is a bound electron-hole pair and can be created in a direct bandgap semiconductor, where a photoexcited electron in the conduction band binds to a positively charged electron-vacancy (hole) in the valence band.

Mixing these excitons with light leads to the formation of the sought-after, hybrid light-matter particles called ‘exciton-polaritons’, which can travel through the semiconductor without dissipating energy in heat.

The ‘mixing’ is accomplished by placing a 2D semiconductor inside a microcavity consisting of two mirrors, separated by a few hundred nanometers, which confines light.

In such a device, the excitons in the 2D semiconductor can strongly couple to the confined light, forming exciton-polaritons (often referred to as just ‘polaritons’).