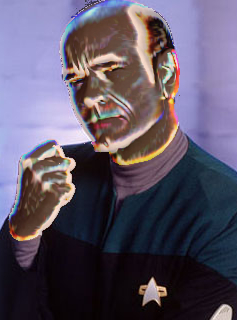 Holograms are not here yet, but we may soon be about half way to true 3D projection.

An ongoing project has continued to define the design for a glasses-free, multi-perspective, 3D video screen, which could provide a cheaper, more practical alternative to holographic video.

Depicted objects give new perspectives as the viewer moves around them, just as real objects do, and is generally considered more impressive and engaging that traditional stereoscopic 3D.

MIT researchers will soon unveil their latest prototype for a multi-perspective 3D projector. As well as its intriguing visual effect, the projector can improve the resolution and contrast of conventional video, which could make it an attractive transitional technology.

The US engineers built a prototype of the projector system using off-the-shelf components. At the heart of the design is a pair of liquid-crystal modulators - which are like tiny liquid-crystal displays (LCDs) - positioned between a light source and the lens.

Patterns of light and dark on the first modulator effectively turn it into a bank of slightly angled light emitters — that is, light passing through it reaches the second modulator only at particular angles. The combinations of the patterns displayed by the two modulators thus ensure that the viewer will see slightly different images from different angles.

For every frame of video, each modulator displays six different patterns, which together produce eight different viewing angles.

At high enough display rates, the human visual system will automatically combine information from different images. The modulators can refresh their patterns at 240 hertz, so even at six patterns per frame, the system could play video at a rate of 40 hertz, which, while below the refresh rate common in today's TVs, is higher than the 24 frames per second standard in film.

The projector must deal with massive amounts of data for the various overlays and calculations of relative changes between its layers.

To do this, it takes advantage of the fact that, as you move around an object, most of the visual change takes place at the edges. For instance, if you were looking at a blue letterbox as you walked past it, from one step to the next, much of your visual field would be taken up by a blue of approximately the same shade, even though different objects were coming into view behind it.

Algorithmically, the researchers' system exploits a technique for calculating how much information can be preserved between viewing angles and how much needs to be varied.

Preserving as much information as possible enables the projector to produce a brighter image. The resulting set of light angles and intensities then has to be encoded into the patterns displayed by the modulators.

It is a tall computational order, but by tailoring their algorithm to the architecture of the graphics processing units designed for video games, the MIT researchers have had it running in close to real time. Their system can receive data in the form of eight images per frame of video and translate it into modulator patterns with very little lag.

MIT researcher Matthew Hirsch says the multi-perspective devices can give the effect of higher-resolution in lower-quality files.

“One thing you could do - and this is what actual projector manufacturers have done in the recent past - is take four 1080p modulators and put them next to each other and build some very complicated optics to tile them all seamlessly and then get a much nicer lens because you have to project a much smaller spot and bundle that all up together,” Hirsch says.

“We're saying you could take two 1080p modulators, stick them in your projector one after the other, then take your same old 1080p lens and project through it and use this software algorithm, and you end up with a 4k image. But not only that, it's got even higher contrast.”

The new projector is under wraps for now, but will be unveiled at this year's Siggraph, a major conference in computer graphics.

The older monitor prototype is detailed in this video;