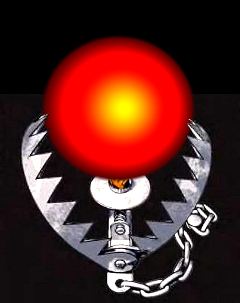 Controlling the movement of light is critical to developing future quantum computers, according to Jesse Everett from the Research School of Physics and Engineering (RSPE) and ARC Centre of Excellence for Quantum Computation and Communication Technology at ANU.

“It’s clear that the light is trapped, there are photons circulating around the atoms,” Mr Everett said.

“The atoms absorbed some of the trapped light, but a substantial proportion of the photons were frozen inside the atomic cloud.”

“Our method allows us to manipulate the interaction of light and atoms with great precision,” said research leader Associate Professor Ben Buchler.

Photons mostly passed by each other at the speed of light without any interactions, while atoms interacted with each other readily.

“Corralling a crowd of photons in a cloud of ultra-cold atoms creates more opportunities for them to interact,” said co-researcher Dr Geoff Campbell.

“We’re working towards a single photon changing the phase of a second photon. We could use that process to make a quantum logic gate, the building block of a quantum computer.”

The results have been published here.

Associate Professor Ben Buchler and Dr Geoff Campbell talk about their research in the video below.