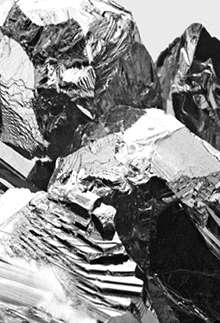 Experts have launched a new micro-probe for mineral research.

Curtin University has launched the new CAMECA 1300 HR3 ion microprobe facility, one of only five in the world.

The probe will be used by scientists to determine the evolution of Australia's key mineral deposits.

It will also support scientists working with the Australian Space Agency to analyse meteorites discovered in the Australian outback and asteroid fragments recovered during international deep space missions.

The probe can measure the isotopic and elemental abundances in minerals at a microscopic scale.

The new addition will replace Curtin's 27-year-old ion microprobe that played an important role in discovering some of the oldest minerals on the Earth, Moon and Mars.

The McGowan Government has invested $3.2 million towards the $10.7 million research project, and has also committed to supporting the appointment of Professor Axel Schmitt, a world-renowned expert in isotope geochemistry to lead the new facility.

“It’s particularly pleasing to know the research here will help underpin the future success of resource exploration and development in WA,” he said.

“Continuing to grow our mineral and petroleum industries is vital to supporting our communities, creating jobs and transitioning to a low carbon future.

“Our resources industry is already a world-leader in technology and research; having access to the ion microprobe will provide the state with a unique technological advantage to discover the next generation of resources.”