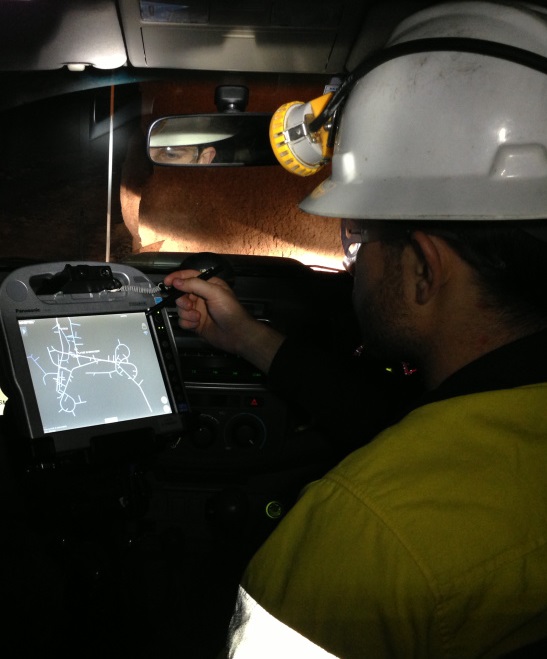 Researchers at CSIRO are abuzz with the success of their new development; a tracker called WASP (or Wireless Ad hoc System for Positioning) designed for use in underground mines.

The WASP system has been created to boost safety and productivity in hazardous sub-terranean scenarios. The small, handheld units can track people and objects to an accuracy of a few centimetres within the self-contained network it broadcasts. WASP will be a great benefit where traditional GPS and WiFi protocols are generally ineffective.

The CSIRO design has been commercialised and launched by the company Minetec today at the Asia Pacific International Mining Exhibition in Sydney.

Dr Mark Hedley was behind the project’s development from the planning phase on, he says people and vehicles could be outfitted with the small trackers which communicate with fixed reference nodes also underground.

“These nodes communicate wirelessly, calculating the arrival time of signals, allowing the system to accurately track the location and speed of objects as they move through an underground mine pit or tunnel,” Dr Hedley said.

More information on the research that led to the newly-released device is available from CSIRO.