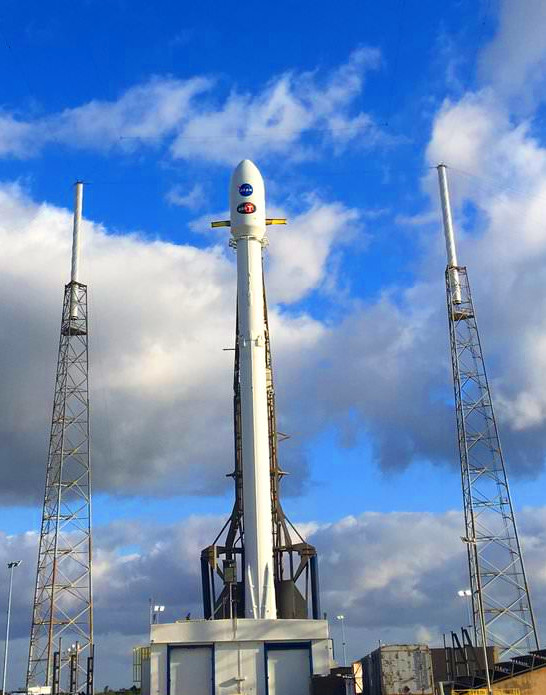 NASA is launching a new planet-hunting probe on the back of a SpaceX rocket this week.

NASA’s Transiting Exoplanet Survey Satellite (TESS) should be launched at on Friday from Cape Canaveral, with a missions to expand our knowledge of neighbouring planets.

Until recently, it was not known just how many Earth-like planets exist in the Milky Way.

Since the launch of the Kepler space telescope in 2009, over 2,400 alien planets, and even entire solar systems, have been found orbiting faraway stars.

But Kepler can only watch faraway planets in a small patch of the sky, while TESS will get a far more complete view.

The van-sized satellite will eventually sit in a special orbit going out to 250,000 kilometres away from Earth at its furthest, before sweeping back to within 100,000 kilometres of Earth.

After a few times around the Earth, TESS will be flung by the gravity from the Moon into a new position that will allow it to continuously view outer space.

The 13.7 day “lunar resonant” orbit should give TESS access to enough solar energy to operate for well beyond two years.

TESS will send data back down to Earth using NASA's Deep Space Network in Canberra, Madrid, and California.

From there, astronomers will follow up TESS's discoveries using ground-based telescopes as well as other space telescopes such as the future James Webb Space Telescope.

While Kepler's planets could only be viewed by telescopes in the northern hemisphere, TESS will discover planets that can be seen in the southern hemisphere.

More information is accessible here, and the launch can be seen live in the embedded video below.