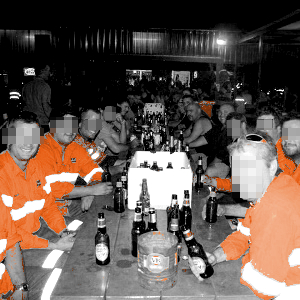 Australian mining companies have a stronger focus on the physical health and safety of employees compared to employee mental health and well-being, followed by a respectful workplace culture, a new report says.

The report found that while the mining industry has made progress in supporting and prioritising employee well-being as well as preventing and addressing sexual harassment, there are still areas for development.

Only 22 per cent of mining sector workers reported being very satisfied with their overall job, with employees experiencing poor job satisfaction, job security and job prospects compared to other industries. The mining industry rated the lowest among all Australian industries for job satisfaction.

By also reviewing secondary evidence from the Australian Human Rights Commission, it found the mining sector is one of the worst five industries in the country in relation to sexual harassment issues, with 40 per cent of workers and 74 per cent of female workers reporting sexual harassment in the last five years.

“The report develops a unique index to capture the prioritisation of employee health and well-being based on mining companies’ public reports and found many mining companies, particularly those that are larger or have women at the helm, are prioritising well-being.

“However, only 33 per cent refer to loneliness, social connection, or isolation in their reports, and only 50 per cent of mining companies refer to sexual harassment, assault, and sexism.”

Professor Sharon Parker from Curtin University’s Future of Work Institute (FOWI) says people spend a large amount of their life at work, so it is important to create safe and positive environments that support employees’ mental health and well-being, as well as their physical safety.

“Identifying and supporting employees who are experiencing poor mental health is an important step, but we also need to proactively create healthy work. This means developing work cultures in which women are welcome and accepted, as well as, for all workers, having meaningful jobs with decent rosters, acceptable levels of job demands, and supportive managers,” Professor Parker said.

“Having anti-harassment and mental health policies is necessary but not sufficient. These policies need to be backed up by on the ground support for the policies, such as effective systems for reporting harassment, and education and training of managers to effectively implement the policies.

“This report is the first contribution to a major project that is intended to promote positive and effective change for those working in the mining industry who might be experiencing poor mental health and well-being, as well as those subjected to sexual harassment in the workplace.”

The full report is accessible in PDF form, here.