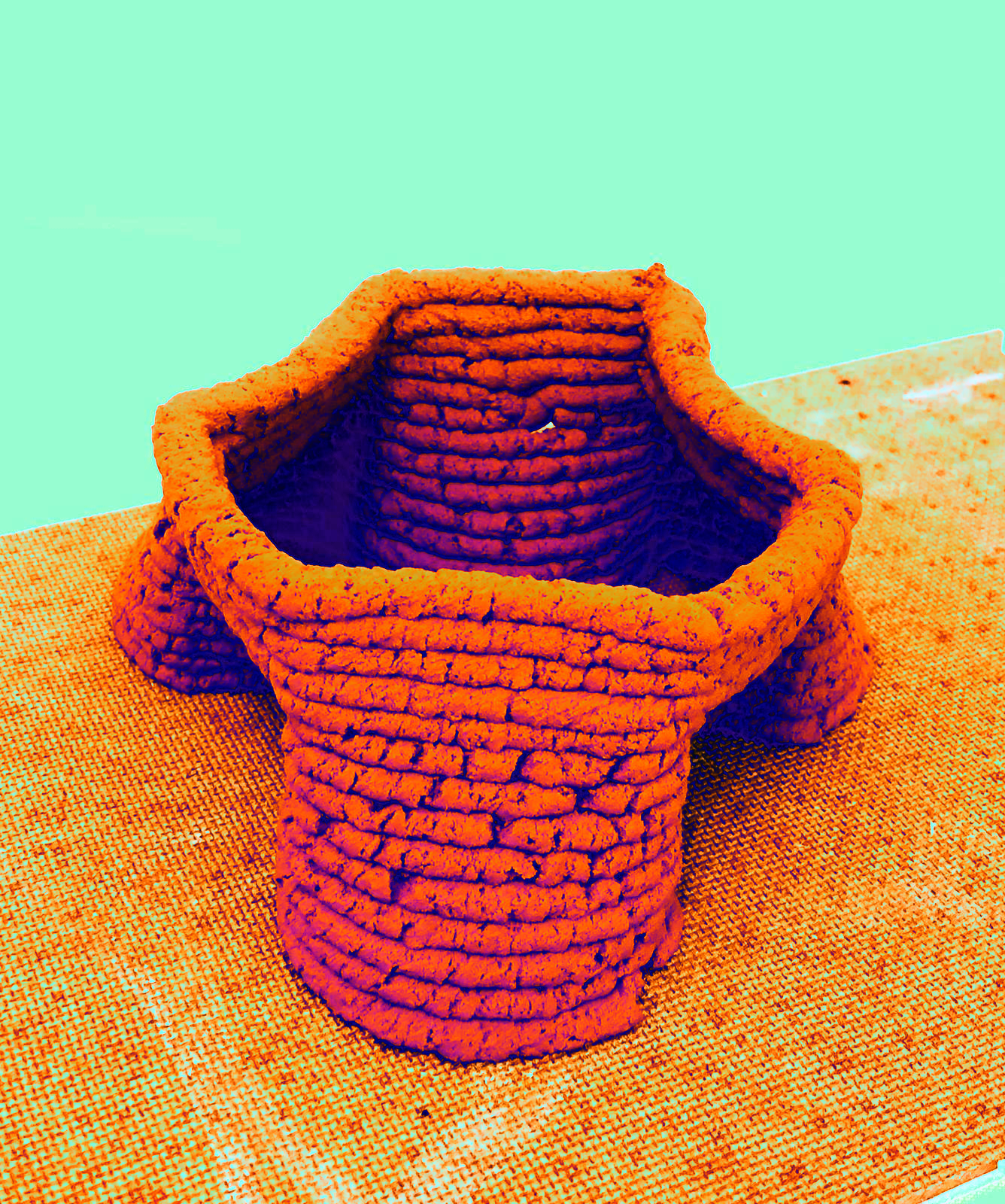 Engineers have come up with a way to 3D-print buildings using locally-sourced soil.

“The environmental impact of the construction industry is an issue of growing concern,” says Dr Sarbajit, principal investigator on a new project at Texas A&M University.

“Some researchers have turned to additive manufacturing, or building structures layer by layer, which is often done with a 3D printer. That advance has begun to transform this sector in terms of reducing waste, but the materials used in the process need to be sustainable as well.”

Using extruded layers of concrete with additive manufacturing, structures can be built quickly and cheaply. However, concrete manufacturing is responsible for approximately 7 per cent of carbon dioxide emissions according to the International Energy Agency, and cannot be recycled.

“Historically, humans used to build with locally sourced materials, such as adobe, but the move to concrete has raised many environmental issues,” says researcher Aayushi Bajpayee.

“Our thought was to turn the clock back and find a way to adapt materials from our own backyards as a potential replacement for concrete.”

An advantage to using local soil in construction is that the materials would not need to be manufactured and transported to the building site, reducing both costs and environmental damage.

The experts also say that additive manufacturing with soil could one day be used beyond Earth, to create settlements on the Moon or even Mars.

Soil is typically classified by the layers of materials it comprises, beginning with the top organic layer where plants grow and ending at the hard bedrock of the Earth’s crust.

Beneath the initial organic layer is clay, which gives soil its plastic, mouldable character that the researchers capitalized on in their project.

The researchers collected soil samples from a colleague’s backyard and tailored the material with a new environmentally-friendly additive so that it would bind together and be easily extruded through the 3D printer.

The team then built small-scale test structures, cubes measuring two inches on each side, to see how the material performed when extruded into stacked layers.

To increase its load-bearing qualities, the researchers strengthened the clay mixture by “zippering” the microscopic layers on its surface to prevent it from absorbing water and expanding, which would compromise the printed structure. With this method, the researchers showed that the material could hold twice as much weight as the unmodified clay mixture.

The team now plans to improve the soil’s load-bearing capabilities in order to scale up their test structures and get as close to a replacement for concrete as possible.

In addition, they are gathering data to see whether these 3D printed structures are as environmentally friendly as they envision, especially in terms of carbon footprint and recycling potential.

Once they have a better picture of the chemistry, functionality and feasibility of building with local soils, they plan to further explore how this technology can be used beyond our own planet.

The research has been presented at a meeting of the American Chemical Society.