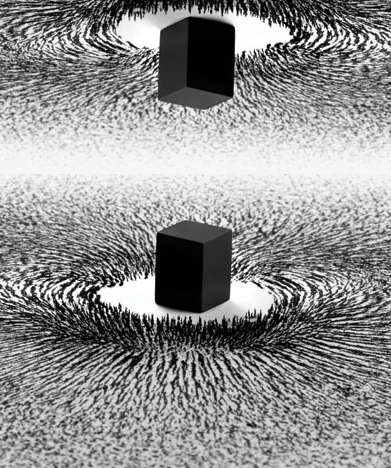 A new finding could add value to Australian iron, and reduce the need for rare-earth mineral mining.

Scientists have observed properties in iron that are usually only exhibited by rare-earth minerals.

The properties were observed in a new iron based compound in which one iron atom was positioned between two nitrogen atoms.

The discovery opens the possibility of using iron to provide both the magnetism and permanence in high-strength permanent magnets.

Such magnets are integral to the operation of direct-drive wind turbines or electric motors in hybrid cars.

The study from the US Department of Energy has been published by the journal Nature Communications.

Iron gives most modern magnets their strength, and comes with the benefits of being abundant and cheap.

But the magnet recipe has also included rare-earth elements, which give magnets “permanence,” or the ability to keep the direction of the magnetic field fixed (also called anisotropy).

But rare-earth materials are expensive and have suffered from supply shortages in the past.

“The breakthrough here is that we see magnetic anisotropy normally associated with rare earths ions in iron,” said Paul Canfield, a Department of Energy physicist.

“This isn’t an industrial breakthrough at this point because these magnetic properties only reveal themselves at cryogenic temperatures. But, it’s a basic science breakthrough that hopefully will point the way to future technical breakthroughs.”

“With detailed measurements, we saw that these single iron ions are indeed behaving like a single rare-earth ion would,” Canfield said.

“And we believe this has to do with the special, fairly simple, geometry that the iron finds itself in: one iron atom positioned between two nitrogen atoms.

“We hope this crystal growing technique and this specific material can be a model system for further theoretical study of these rare-earth-like iron ions.

“As it stands, these materials have clear implications on finding rare-earth-free replacements for permanent magnets - and perhaps also may impact data storage and manipulation in quantum computer applications.”