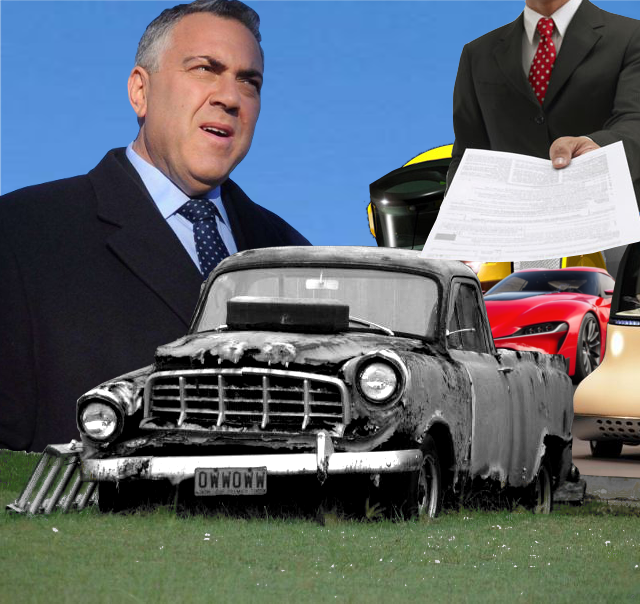 Treasurer Joe Hockey has strongly linked the end of subsidies to Australian car manufacturing with the securing of trade agreements with Asian nations.

Speaking at various times on Tuesday, Mr Hockey said cutting $500 million in industry assistance to car-makers enabled the deals with China, Japan and South Korea to go ahead.

But the removal of government money contributed to the environment that Holden, Toyota and GM Ford say will force their operations to close, putting tens of thousands of local jobs on the line.

Later in parliamentary question time he said: “Ending the age of entitlement for industry was a hard decision but it needed to be made because as a result of that decision we were able to get free-trade agreements with Korea, Japan and China.”

Opposition industry spokesman Kim Carr and trade spokeswoman Penny Wong have reacted, telling News Corp that Labor was “alarmed by the revelation that support for Australian jobs was used as a bargaining chip in the Abbott government’s trade ­negotiations”.

“Trade Minister Andrew Robb and Industry Minister Ian Macfarlane must outline today what ­industry assistance has been traded away by the Abbott government in the pursuit of trade agreements,” they said.

The Government has earlier claimed that the decisions of Holden, Toyota and Ford to cease manufacturing in Australia by 2022 was not related to the trade negotiations with China, South Korea and Japan, even though they included a cot of the 5 per cent tariff on cars.

The Japan and South Korean FTAs will see about two-thirds of imported cars enter Australia tariff-free.

Separately, some opposition is mounting to the China FTA, with concerns about provisions allowing “investor state dispute settlement procedures”, which allow foreign companies to take legal action against the Australia Government if its policies affect their operations.