Greens Senator Scott Ludlam has accused NBN Co. of little more than “brazen guesswork” in its estimates of key financial data for the re-booted network.

The call came after an intense hearing of the Senate Select Committee for the NBN, in which Ludlam had a number of fiery exchanges with the executives in charge of the nationwide broadband network.

Senator Ludlam tried fruitlessly to find out from NBN Co chair Ziggy Switkowski how much it might cost to access Telstra's copper network for the fibre-to-the-node rollout, and further access to the hybrid fibre coaxial (HFC) networks of both Telstra and Optus, as indicated in the revised NBN structural plan.

Dr Switkowski said NBN Co had conferred with copper specialists, including some with experience on Telstra’s network, to find out just how much it would cost to access the existing networks and carry-out upgrades where needed.

The numbers obtained by NBN Co were redacted from the public version of the review, covered over by black rectangles. Dr Switkowski says there are no plans to tell people outside the company how much it would cost.

The costs are part of the new Coalition NBN plan, which has been slammed for resulting in a slower, more expensive broadband network than any previous iteration.

“We're being asked to accept the entire basis for this project being financially and commercially viable on the basis of a couple of blacked out rectangles,” Ludlam said.

“It's the linchpin of your entire project, those numbers.”

Switkowski agreed that the numbers “matter”, but still said; “I can only give you assurance that they've been determined to the best of our ability with considerable debate.”

Senator Ludlam said the hearing had given the least financial data of any such inquiry so far, and that it served only to raise his suspicions and fears.

“I think we are likely to be paying an absolute fortune for a network that's obsolete and should be decommissioned as was the previous plan,” Senator Ludlam said in a press conference following the hearing.

He told reporters that the withholding of the financial information “is hiding the fact that it's just brazen guesswork” and that “there's no data underneath it”. 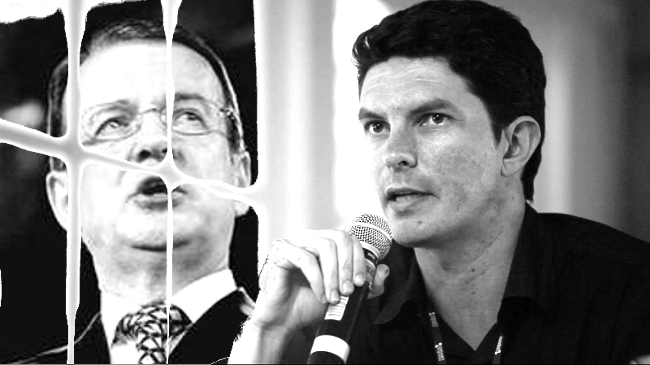