Hawke hunts for dollars from dumping 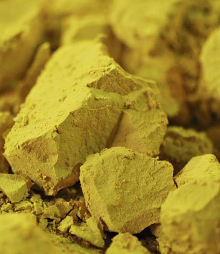 Hawke made the call during an address at a Cooperative Research Centres Association Conference in Perth.

Hawke said Australia has a “responsibility” to allow nuclear power to reduce the impact of man-made climate change.

Given that Australia holds around 40 per cent of the world’s uranium deposits, it would be an excellent opportunity for profit too.

“If Australia has – as we do – the safest remote locations for storing the world’s nuclear waste, we have a responsibility to make those sites available for this purpose,” Hawke said.

“This is a case where in doing good for the rest of the world, we can, in the process, do enormously well for the Australian economy.”

The idea has been raised several times before, and there are some points in Australia’s favour.

Many consider extremely remote and virtually uninhabited parts of the country would work well as a burial site for radioactive waste, as incredible amounts could be adequately stored and monitored, protected by the lack of significant earthquakes and other geological activity.

But the ex-PM was quick to call for a more recent fact check, as his figures were based on a 25-year old report made by Ralph Slayter, who was appointed as Australia’s first chief scientist by then prime minister Hawke in 1989.

“It would, of course, be entirely appropriate that before any action is take along the lines I am suggesting, another expert scientific investigation be undertaken to confirm the accuracy of the information.”