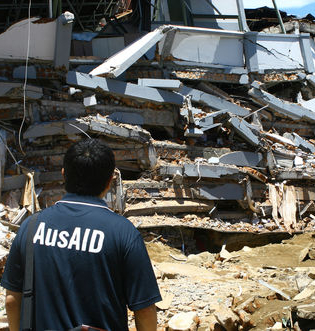 About forty young graduates had their public service careers ended before they could begin, but now may get another start.

The 38 graduate positions with AusAID for 2014 were dumped when it was merged with the Department of Foreign Affairs and Trade (DFAT) in one of the first acts of the new Coalition Government.

The graduate contracts were terminated this week, before an appeal to the Fair Work Commissioner saw them reinstated and extended to January.

In the meantime, any openings in other departments will most likely be filled by members of the AusAID cohort in limbo.

The group will be considered as a special case for access to the Australian Public Service Redeployment Register.

“If there are any vacant graduate positions elsewhere in the public service, for example in the Department of Defence, these people should be offered those positions,” said Community and Public Sector Union (CPSU) deputy secretary Rupert Evans.

The CPSU says it should never have happened, accusing DFAT of ignoring the advice from the Australian Public Service Commission by cutting the jobs in the first place.

DFAT says ditching the 2014 graduate program was due to “significant changes in circumstances since the offers were made, including the abolition of AusAID and its integration into DFAT, significant cuts to the aid budget and increased efficiency savings measures.”