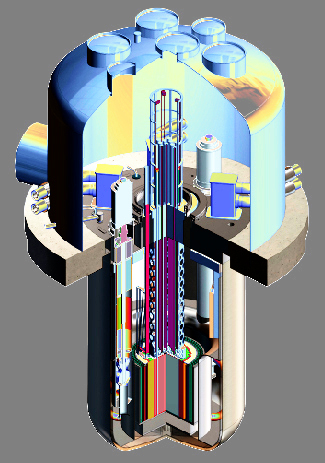 One of Bill Gates’ companies has launched a new project to build a traveling wave nuclear reactor.

With the development of the traveling wave reactor (TWR) program and molten chloride fast reactor (MCFR) project, TerraPower wants to bring about a new age of nuclear energy.

A traveling-wave reactor is a small modular reactor that is less costly to produce than larger reactors.

Unlike traditional nuclear reactors, TWR technology uses fuel made from depleted uranium, a waste byproduct of the uranium enrichment process.

They gradually convert the fuel through a nuclear reaction without removing it from the reactor’s core, so there is no need for reprocessing, generating heat and producing electricity over long periods of continuous operation.

Cutting the need for reprocessing also reduces proliferation concerns, lowers the overall cost of the nuclear energy process, and makes use of radioactive waste byproducts.

TerraPower has already completed the core concept design for a prototype of the TWR program.

It has also built a TWR engineering simulator to put engineers in the control room of a virtual TWR system.