Food fears from Friends not swallowed by scientists 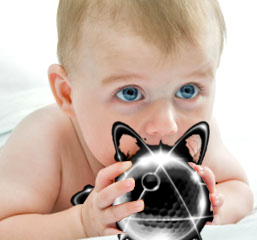 Environmental group Friends of The Earth is pushing for a ban on food products containing nanomaterials.

Their latest report has reviewed the use of nanomaterials in food and agriculture since 2008, claiming that while there has been a sharp increase in the rates of these substances in food products, there has not been a matching monitoring or risk-assessing program.

Friends of the Earth appear to consider any particle less than 100nm in size to be equally dangerous, despite many having a fundamentally different nature, purpose and effect.

Researchers, engineers and other nano-technologists say the fears are simplistic, inaccurate and made to cause alarm.

Friends of the Earth say there has been a big increase in food and agriculture products containing nanomaterials, some of which can be harmful to human health.

“The report is overly alarmist and somewhat simplistic in nature,” said Professor Michael Cortie, director of the Institute for Nanoscale Technology at the University of Technology, Sydney.

He says the only difference between ordinary materials and nanomaterials is scale, and that we deal with a mix of the two quite frequently in everyday life.

“The issue is not whether a substance is ‘nano’ or not but rather whether it is being appropriately used. We tolerate toxic substances in our medicines because that is why the medicines work, but of course we don’t like to have them in our food, at least not to any large extent,” Professor Cortie said.

“The point to consider is that a blanket ban on the use of human-made ‘nanoparticles’ or ‘nanomaterials’ is nonsensical. Rather, as is always the case, each substance introduced into the food chain needs to be assessed rationally and on its own merits.”

But another expert, Australian Research Council Fellow Professor Thomas Faunce said, “this is a well-researched and timely report”.

The Friends of the Earth report is available in PDF form, here.