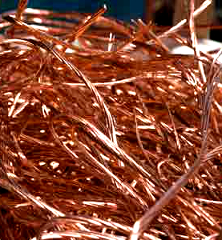 The need for better connections nationwide was made clearer this week, which the release of figures showing Australian internet speed ranks just 44th in the world.

Mr Joyce, the Federal Member for New England, says paying billions of dollars for a once state-owned asset will see NBN Co save the nation around $30 billion by using existing copper infrastructure.

The Agriculture Minister says copper will do the job.

“Ultimately there'll be a gradual transition of everybody to fibre, but remember we're borrowing this money from the Chinese and the people in the Middle East,” he said.

“We've always got to ask ourselves exactly how much we want to owe them.

“Anything is possible if you just want to put it on the credit card, but what we're trying to do and what Malcolm [Turnbull] is good at doing is using his own business acumen to do this in a more affordable way.”

“We'll try and get as many people connected as possible,” Mr Joyce said.

“I grew up in Danglemah and over the hill from me was Weabonga, so I always think about those little towns.

“A lot of other countries... are moving towards fibre-based access networks, or they've already completed rollouts of what we would call the multi-technology mixing/mixed networks,” he told the ABC.

“Whatever way you look at it, what it means is that the average speeds that Australians are enjoying are slowly becoming less than most of our competitors around the world.

“One of the reasons is that we're falling down the list [is] that we're moving towards utilising a copper-based access network.

“Whereas previously... we were moving towards an all fibre-based network, which is what most of our competitors are now doing.”