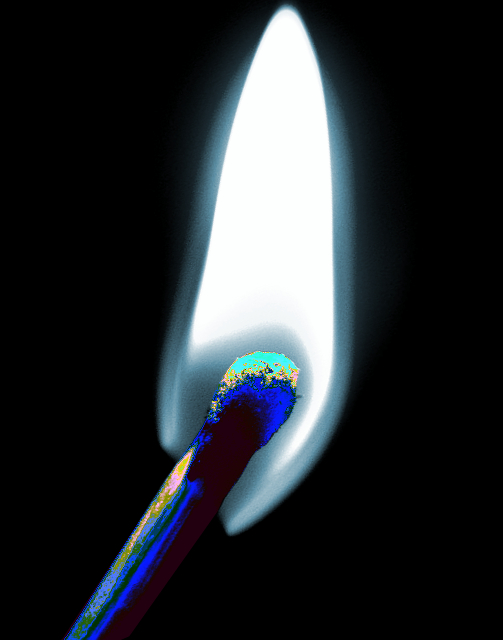 A discovery has been made in space that could lead to better-burning engines on Earth.

A team of international researchers has discovered a new type of cool burning flames which could be used in cleaner, more efficient combustion engines.

The discovery was made during a series of experiments on the International Space Station, with the findings now published in the journal Microgravity Science and Technology.

“We observed something that we didn’t think could exist,” said professor of mechanical and aerospace engineering, DrForman Williams.

During the experiments, researchers ignited large droplets of heptane fuel.

At first, it looked like the flames had extinguished themselves, just as they would have on Earth, but sensors showed that the heptane was still burning with cool, invisible flames.

Researchers were able to reproduce the cool flames in a wide range of environments, including air similar to Earth’s atmosphere as well as atmospheres diluted with nitrogen, carbon dioxide and helium.

The resulting combustion reaction creates toxic products, such as carbon monoxide and formaldehyde, which in turn burn-off themselves.

A better understanding of the cool flames’ chemistry could help improve internal combustion engines in cars, for example, through the development of homogenous-charge compression ignition.

This technology is not currently available in cars, but it could lead to engines that burn fuel at lower temperatures, emit fewer pollutants while maintaining their efficiency.

Researchers believe that the cool flames are the result of elementary chemical reactions that do not have the time to develop around burning fuel droplets on Earth.

The next challenge is to get the right mix of fuels to generate the cool flame combustion on Earth.

To investigate this idea, NASA has planned a new series of experiments inventively named ‘Cool Flame Investigation’, which will begin next year.

Until then, such research is only possible on the space station, where scientists use a microgravity environment to provide a sufficient amount of test time for cool flames to occur.

All the experiments take place in the Multiuser Droplet Combustion Apparatus that can generate and ignite droplets from different fuels in different atmospheric conditions.

The University of California has provided the following video from the experimental test chamber in space.