Cigarette streets could save waste 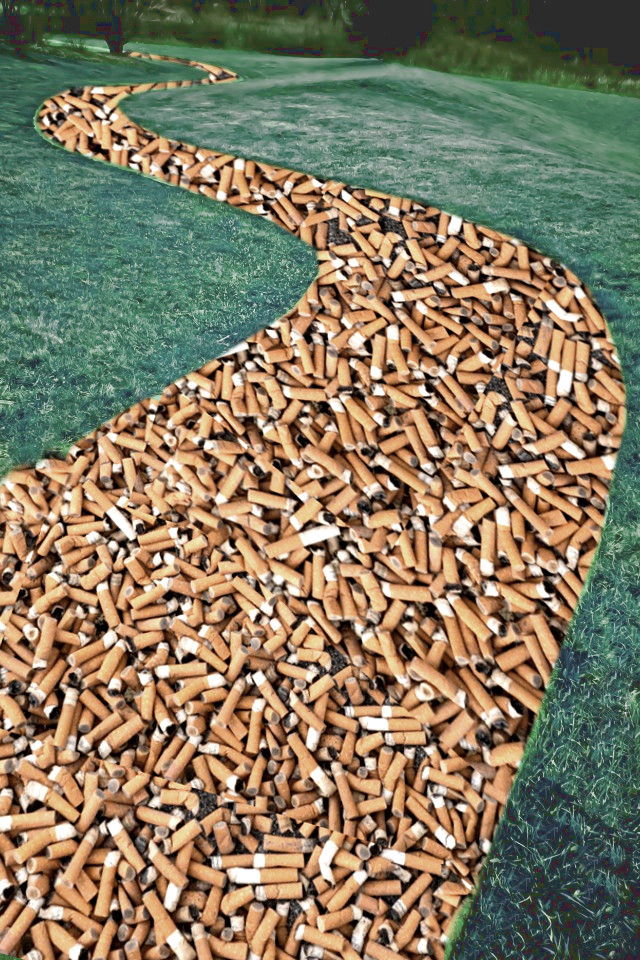 Billions of cigarette butts are produced and discarded into the environment every year, where they release their toxic chemical load into creeks, rivers and the ocean.

But a team at RMIT has demonstrated that asphalt mixed with cigarette butts can handle heavy traffic and also reduce thermal conductivity, creating a new product that could not only solve a huge waste problem but would also be useful in reducing the urban heat island effect common in cities.

The team is led by Dr Abba Mohajerani, a senior lecturer in RMIT’s School of Engineering, who has previously sought to tackle the same problem by mixing butts into bricks.

“I have been trying for many years to find sustainable and practical methods for solving the problem of cigarette butt pollution,” Dr Mohajerani said.

“In this research, we encapsulated the cigarette butts with bitumen and paraffin wax to lock in the chemicals and prevent any leaching from the asphalt concrete. The encapsulated cigarettes butts were mixed with hot asphalt mix for making samples.”

“Encapsulated cigarette butts developed in this research will be a new construction material which can be used in different applications and lightweight composite products.

“This research shows that you can create a new construction material while ridding the environment of a huge waste problem.”

About 6 trillion cigarettes are produced every year, leading to more than 1.2 million tonnes of cigarette butt waste. These figures are expected to increase by more than 50 per cent by 2025 as the world population rises.

“Cigarette filters are designed to trap hundreds of toxic chemicals and the only ways to control these chemicals are either by effective encapsulation for the production of new lightweight aggregates or by the incorporation in fired clay bricks,” Dr Mohajerani said.

The latest study has been published in the journal of Construction and Building Materials.