A new study by an urban engineer in the US says that ever-increasing mounds of rubbish could be the building materials of tomorrow, using readily-available devices and techniques.

Mitchell Joachim is an American urban designer acknowledged as a trend-setter in ecological design, architecture, urban planning and as a researcher and architectural educator. His most recent study has proposed waste should no longer be recycled through infrastructural mechanisms, but instead be perpetually ‘upcycled’ into more useful materials.

“Now is the time to design waste to regenerate our cities,” he said, “Eventually, the future city would make no distinction between waste and supply.”

“These potential automatons would be entirely based on existing techniques commonly used in industrial waste compaction devices,” he said, “to accomplish this job, nothing drastically new needs to be invented. Most technologies are intended to be off-the-shelf. Instead of machines that crush objects into cubes, compaction devices could benefit from adjustable jaws that would craft simple shapes into smart ‘puzzle blocks’ for assembly.”

“Cities, unlike machines, are similar to a complex ecology... capable of achieving a continuous harmonious state, or even further, a positive intensification. If ecological models are productively everlasting, urban models can logically follow.” 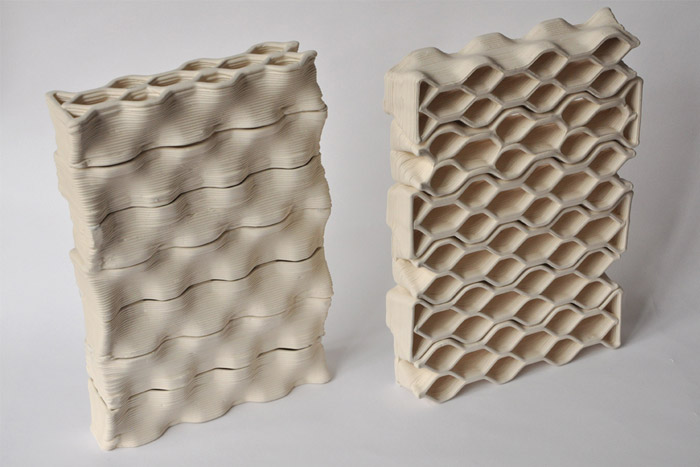