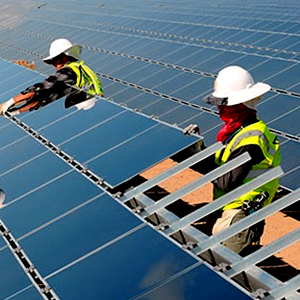 The Federal Government has pledged to create jobs and spur investment in new energy industries.

Focusing funding on non-metro Australia, the government says it will strengthen the economic future of Australia’s regions, revitalise traditional industries with cheaper and cleaner energy, and power new industries like offshore wind and green hydrogen.

As part of this, a new Net Zero Economy Taskforce will bring together perspectives from regional communities, state and territory governments, industry, and unions.

It will be tasked with advising the Government on ensuring regional Australians are first to benefit from the transformation to renewable energy.

The government also says it is investing in building new energy industries in regions undergoing rapid change, including the following measures:

These Department of Climate Change, Energy, the Environment and Water (DCCEEW) portfolio measures are part of a total 2022–23 Budget investment of $24.9 billion to 2029–30 across Government to deliver climate change and energy transformation priorities.

Other energy industry spending includes the following investments over 4 years (except where indicated):