Bendy batteries for the body 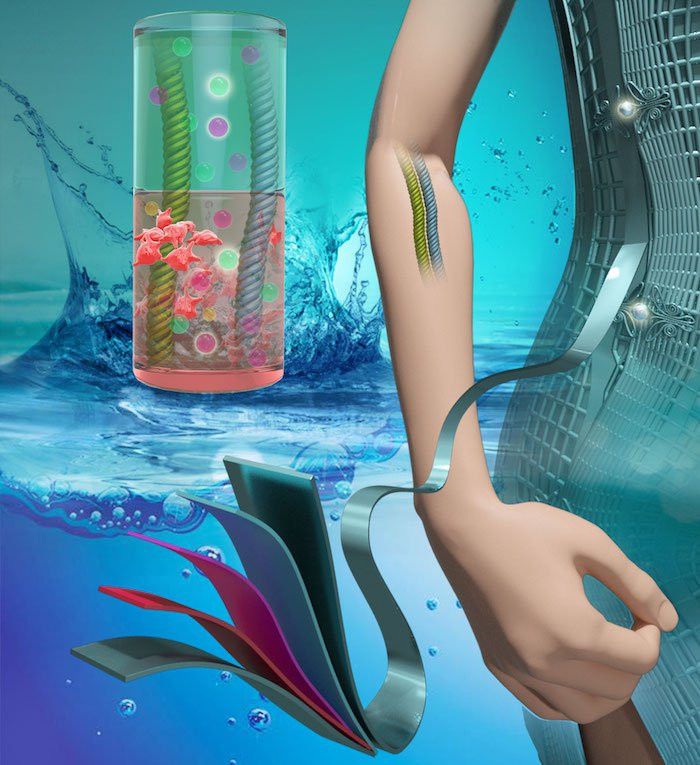 Researchers have created bendable batteries for implanting in the body.

Chinese engineers are working on alternatives to lithium-ion batteries that focus on the mechanical-stress demands of wearable electronics such as smartwatches and the safety requirements of implantable electronics.

“Additionally, most of the reported flexible batteries are based on flammable organic or corrosive electrolytes, which suffer from safety hazards and poor biocompatibility for wearable devices, let alone implantable ones.”

Safety measures for wearable and implantable batteries have generally involved structural reinforcement to prevent hazardous chemicals from leaking out.

Instead, the researchers have swapped out those toxic and flammable liquids for cheap and environmentally conscious sodium-ion solutions.

Among those solutions are two biocompatible cells suitable for implantable devices, given that they pose no harm to the surface or interior of the body.

Although electrolyte leakage is still undesired, its danger is minimized by the use of either the normal saline solution pumped into the body in most IV treatments or a cell-culture medium that contains amino acids, sugars, and vitamins in addition to sodium ions and thus mimics the fluid that surrounds human cells.

Besides testing biocompatible fluids, the researchers are testing ordinary sodium sulphate, a safe and fairly inert solution, as a liquid electrolyte suitable for use in external wearable devices.

With sodium sulphate solution as the electrolyte, both battery types outperformed most of the reported wearable lithium-ion batteries in terms of charge-holding capacity (an indicator of how long a battery can function without recharging) and power output for their size.

That performance held up when the researchers folded and bent the batteries to mimic the impact of wrapping a sensor, watch, or similar device around one's arm.

Charge-holding capacity was only marginally reduced for the saline- and cell-culture-based batteries, most likely because they had slightly lower sodium-ion content than the sodium sulphate solution.

An undesired side reaction involving their fibre-shaped battery is even pointing the researchers toward possible biomedical applications.

The same carbon nanotubes that make up the skeleton of the 1D battery can also accelerate the conversion of dissolved oxygen into hydroxide ions, a process that harms battery effectiveness if left uncontrolled but as a stand-alone process boasts therapeutic potential for treating cancer and bacterial infections.

“We can implant these fibre-shaped electrodes into the human body to consume essential oxygen, especially for areas that are difficult for injectable drugs to reach,” says Wang.

“Deoxygenation might even wipe out cancerous cells or pathogenic bacteria since they are very sensitive to changes in living environment pH. Of course, this is hypothetical right now, but we hope to investigate further with biologists and medical scientists.”