ANU graduates to next level of brain repair research 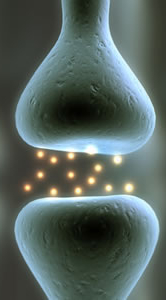 This time of year means graduation for many students, and in the case of an honours graduand from ANU, brings the chance to change the world some more.

Francesca Maclean’s graduation this week marks the end of one phase of a research project that could bring about a way for the brain to regrow lost cells.

The advanced technique is a step towards a cure for degenerative brain conditions such as Parkinson’s disease, by simply instructing the brain to produce new cells.

“In Parkinson’s, neurons die and that results in reduced levels of dopamine, which is the chemical that tells your body when and how to move. That’s why people with Parkinson’s shake,” Maclean, who is graduating with first class honours from the ANU College of Engineering and Computer Science, says.

“But we’ve come up with a way to help regenerate neurons.”

The treatment uses a scaffold of nanofibres onto which brain cell ‘growth factors’ are sewn, which contain all the information and encouragement for the brain to replace its lost cells.

Maclean says she will continue the ground-breaking work when she starts a PhD next year, but has spent the last two years already working with the team to get a head start.

“This is really cutting edge stuff. There’s only a couple of other labs in the world doing it.

“You need to have some engineering knowledge because the fibres have to be the same stiffness as the brain tissue, and you need to make sure it won’t elicit an immune response.”

The regeneration of neurons is one of a large amount of potentially world-changing research projects underway at Australian institutions, as the country’s reputation for top-level discoveries continues to increase.