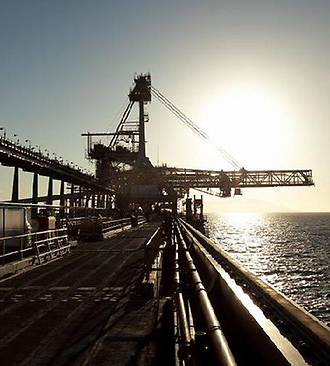 Adani has lodged a slimmed-down plan to expand the Abbot Point coal terminal.

Adani wants to increase the export capacity at its coal terminal quickly, without the “significant capital expense” of its long-term expansion plans.

The Queensland state development department has received Adani’s plans for a conveyor and transfer tower at Abbot Point “terminal one”, which would increase throughput by about 10 million tonnes a year.

The company appears to be putting aside much more expensive plans for a second terminal, which would have increased capacity to 90 million tonnes a year.

The company says the smaller version of its previous plan means it will still be able to go ahead with its controversial $16 billion Carmichael coalmine in the Galilee Basin.

Juru Enterprises Limited has applied for a stop order because it believes previous cultural heritage surveys are invalid and need to be reviewed.

“Getting a 20 per cent expansion of terminal one would probably add another $100 million in value,” he told The Guardian.

“But it’s only sensible business strategy if you think you can use the capacity.

“If they don’t go ahead with Carmichael then Abbot Point is under-utilised and there’s no capacity to fix that.”